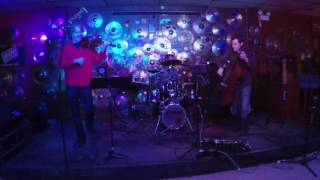 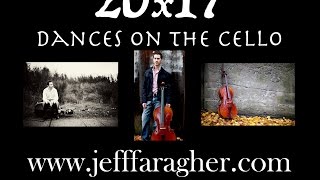 Bringing It All Together for the Holidays 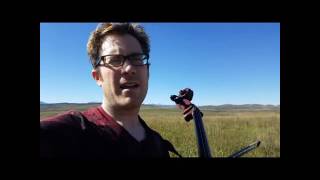 Introducing "Voices Within" my debut album

Introducing "Voices Within" my debut album

Bringing It All Together for the Holidays

It isn't easy programming an exciting and engaging Christmas show these days. So much of the material has been done again and again leaving very few works free of any familiarity from overuse. The favourites become boring and the less familiar works are often obscure or difficult to attract an audience with.

This season seemed like a no brainer for the Symphony as it occurred to a few in the organization that 2016 marks the 50th anniversary of the TV special adaptation of P.D. Eastman's (better known as Dr. Seuss) How the Grinch Stole Christmas. With this we decided to put on a stage version of the musical score that accompanies the classic tale.

After conferring with my colleagues we choose a great set of Christmas song arrangements all of relatively new origin including 2 by Okanagan resident and pianist; Carol Colpitts. The songs featured Nelson local and singing sensation, Allison Girvan as well as several players in the orchestra. To start off the first half of the show we presented Vivaldi's "Winter" for solo violin and strings.

The first half of the show was well within the comfort zone of the players and was music most everyone had performed in the past, making rehearsals go rather smoothly. We were able to get into the music a bit and work on tone, dynamic and intonation. Really, how a rehearsal should go.

The ranch in the works, so to speak, was the feature piece on the program. As it's title implies, "How the Grinch Stole Christmas" is a nasty tale of one disgruntled member of a make believe society and his loathing for anything festive. His journey to ruin the holiday for everyone else is a story almost everyone is familiar with. The music, is also something most of us grew up listening to as we enjoyed the visuals of the 1966 cartoon TV special. I was very excited to present this work because it really showcased the orchestra and demonstrated just how integral music is win TV and film, a point that is often overlooked by the general viewing public.

The scores arrived and the situation took a turn for the worse. I would have assumed, like man others, that this popular score would have been performed at holiday concerts the world over given it's popularity in mainstream culture. It became instantly evident that this was not the case. The score was hand-written and nearly illegible in places. To complicate matters the full orchestral score didn't include any cuing for the choir or the story-line. Thus, it was basically unusable for practical conducting purposes. I elected to use a choir reduction score which contained all the thematic material condensed into 4 lines with instruments jumping all over the staffs at seemingly random places. The parts for the Orchestra were just about as bad. On top of the poor quality of the printed material, the movements were in a completely different order from the original TV special creating havoc with close to 10 independent cuts and movement jumps.

In the end the Symphony of the Kootenays players, the choir and soloists all stunned the audience, myself and even each other by pulling off the extremely difficult feat of preparing this complicated concert in only 2 rehearsals before the dress. Every concert this orchestra amazes me. I truly believe I am at the helm of the greatest little Symphony Orchestra in the world!

Happy Holidays to all the supporters, organizers and players of the Symphony of the Kootenays